NewsInternational
By Alan Lorenz On Jan 4, 2020 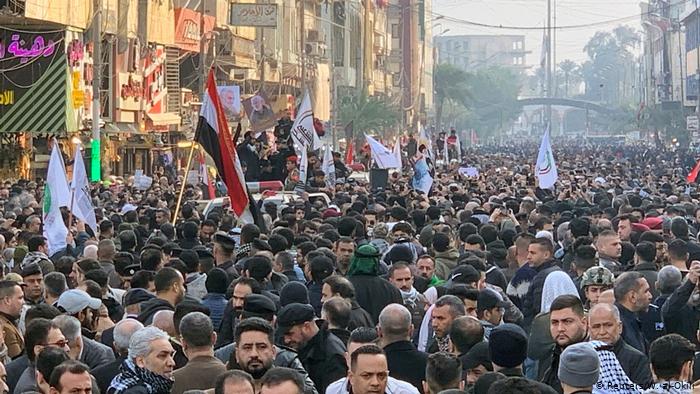 Thousands of Iraqis scanned “death to America” on Saturday at the funeral of Iranian General Qassem Soleimani and Abou Mehdi al-Mouhandis, his chief lieutenant in Iraq, who died in an American attack.

Among other things, a photographer from the French press agency AFP has established this on the spot.

Early this morning, thousands of civilians came to the streets of Baghdad for the commemoration of Soleimani and Iraqi militia leader Abu Mahdi al-Muhandis, which took place this morning.

Many participants chanted slogans such as “Death to America”.

Some people in the crowd held up a portrait of Ayatollah Ali Khamenei, the Iranian supreme leader, or Hassan Nasrallah, the leader of the Lebanese Shiite Hizbollah movement.

Nasrallah yesterday called for a “just punishment” for the “criminal killers” responsible for the death of Soleimani.