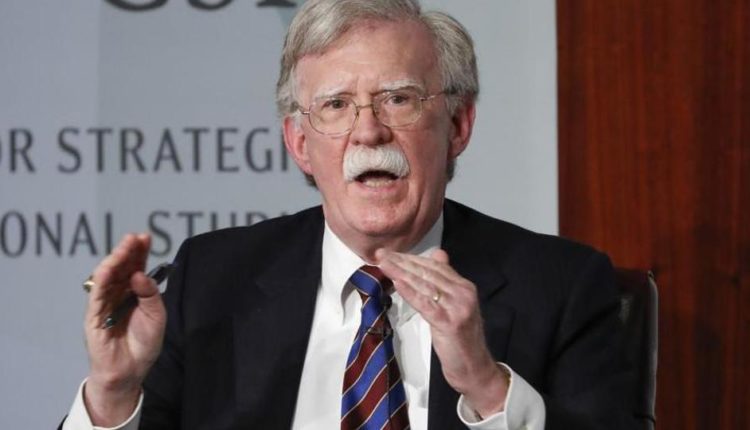 Will John Bolton, the former security adviser to US President Donald Trump, still testify to the settlement process against the president? The Democrats insist on this now that The New York Times newspaper unpacked excerpts from the manuscript of Bolton’s forthcoming book.

According to the newspaper, Bolton writes that Trump personally told him that he would withhold US aid to Ukraine as long as Ukraine did not start a corruption investigation into Trump’s political rival Joe Biden and his son Hunter.

“The room where it happened” is the name of the book by John Bolton, the US President’s security adviser who was fired in September last year. The book is due mid-March. The manuscript still needs to be approved by the National Security Council in the White House.

But even before that happened, the New York Times newspaper unpacked compelling content from the manuscript.

In it, Bolton writes, according to the newspaper, that the US president has said that he would suspend military support for Ukraine if that country did not start a corruption investigation into Democrat Joe Biden and his son Hunter.

Bolton thus confirms the conclusions of the House of Representatives, which have led to the deposition process currently underway in the Senate. Donald Trump has always denied that withholding military support to Ukraine was linked to domestic political affairs.

Trump immediately responded to the leaked information from the manuscript via Twitter. He denies that he ever told Bolton that aid to Ukraine was linked to investigations against the Democrats. “If John Bolton said so, it was only to sell his book.”

McConnell has Faith at the End of the Impeachment Process