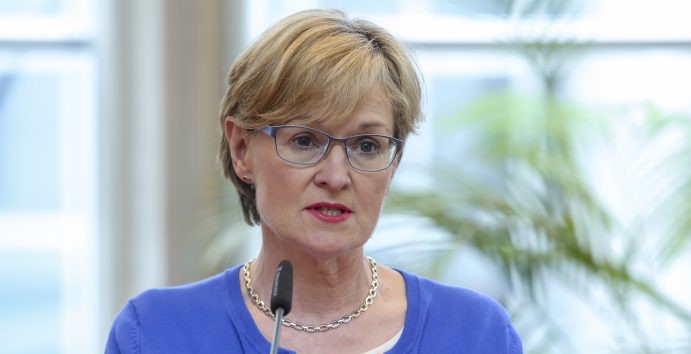 EU Foreign Ministers have appointed Mairead McGuinness as a member of the European Commission.

The 61-year-old Irishman gets the portfolio of financial services, financial stability and the capital markets union. Her term of office ends on October 31, 2024.

Last week, the European Parliament already gave its confidence by an overwhelming majority of votes to McGuinness, a member of the EU Parliament since 2004 and the leader of the Christian Democratic group. Since 2017 she has been First Vice-President of Parliament.

In August, she was nominated by the Irish government to succeed European Commissioner Phil Hogan (Trade). Hogan had fallen out of favour after violating corona rules in his own country and then resigned to the EU executive.

Commission President Ursula von der Leyen had asked the Irish to nominate both a suitable male and female candidate and chose McGuinness after the application process.