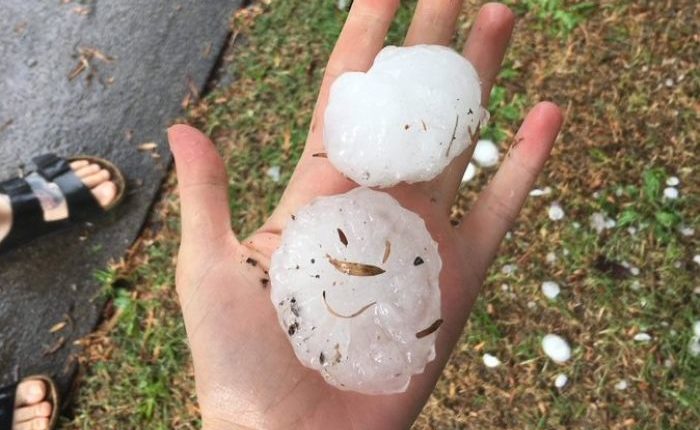 Australia Ravaged by Sandstorms and Hail Balls. Australia is preparing for heavy thunderstorms, including in many areas affected by the massive forest fires. There is a risk of flooding in some places.

The Australian Bureau of Meteorology (BoM) issued a ‘warning of heavy thunderstorms’ on Monday and warned of strong winds, hail and heavy rainfall in large parts of New South Wales, southern Queensland and many areas in Victoria.

Last week rain fell in three states affected by the massive forest fires, which brought some relief to the exhausted firefighters who have been fighting the fire since September. But in Queensland, many highways were closed and people had to be evacuated during the weekend due to flooding.

Canberra, the capital of the country, had to deal with wind and a hailstorm on Monday afternoon for about 15 minutes.

In Melbourne, it rained hailstones the size of golf balls on Sunday evening. Many cars were damaged and the emergency services received more than 1,500 calls. In Dubbo, sandstorms reached a speed of more than 100 kilometres per hour.

Meanwhile, the Australian authorities are still warning of a fire in large parts of the east of the country. About 68 wildfires are still raging in the state of New South Wales, while in Victoria the fire is still burning in 27 places. None of those fires, however, received the alarm level.

Since September, at least 29 people have died in the fires in the country. More than twelve million hectares of the land went up in flames.