Egyptian President Al-Sisi can Remain in Power Until 2030

EgyptInternational
By Alan Lorenz On Apr 23, 2019 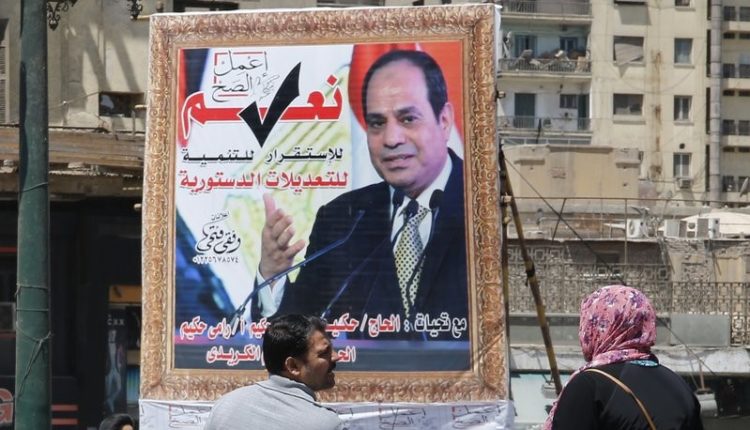 Egyptian President Al-Sisi can Remain in Power Until 2030. It has not become a surprise. After all, the result of the three-day referendum in Egypt was almost guaranteed. So it has become a massive “yes”. A “yes” for a review of the Egyptian constitution.

The main consequence is that President al-Sisi, who has been in power since 2014, may remain President of his country until 2030.

Can President al-Sisi stay on until 2030?” That was the crucial question that the referendum was about.

Only it wasn’t like that on the ballot papers. President al-Sisi disguised his wish and then let his people vote on a constitutional amendment.

According to that change, the term of office of a president is extended from four to six years. And the president can be re-elected more than twice. According to the official results, 88.83% of Egyptians agree.

Al-Sisi was appointed in 2012 as Egypt’s most crucial soldier. Two years later he put an end to his military career.

He participated in the presidential election and won convincingly. Last year he was re-elected without any problems.

Due to the constitutional revision al-Sisi can also be a candidate at the next election and thus succeed himself. This means that an essential result of the 2011 uprising against President Mubarak is lost.

Bunk Bed with Stairs-Best Gift for Your Child