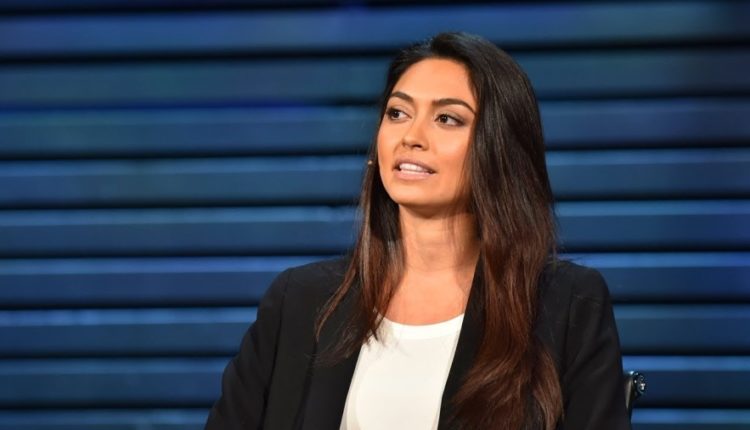 The Italian model Ambra Battilana Gutierrez (27) has again drawn attention to a devastating recording of Harvey Weinstein. In that recording, Weinstein makes it clear that he can provide her excellent services on a professional level, but that there must be something in return.

Not long after Ambra Battilana Gutierrez moved to New York at the age of 22 to make it as a model, she landed on Harvey Weinstein’s radar. She was invited for an audition in his office. But it soon became clear that the film producer did not just want to talk about work.

“He stared at me and suddenly asked:” Are your breasts real? “The model tells in 60 minutes Australia. “What?” I answered. And suddenly he touched my chest, then my leg too. He tried to kiss me. It all went very quickly, and I didn’t even have time to respond. “

The Italian hurried outside and went to the police, crying. Hein was already investigating the actions of Weinstein at the time and asked the model to entrap Weinstein by wearing a microot on her body to record their conversations.

At the request of the police, Gutierrez met him the next evening in a hotel bar and wore such a microphone. “I was scared, but I wanted people to believe me. Because I was only a 22-year-old model, and he was a compelling figure. That is like David and Goliath. “

In the recording, you can hear how the model asks him why he had touched her chest the day before. “I’m sorry, but I’m used to that,” is the short answer. When the model makes it clear to him that she is uncomfortable, he promises that it will not happen again.

“Don’t ruin your friendship with me for 5 minutes,” says Weinstein. “If you don’t trust me, you’ll miss out on great opportunities.”

You can also hear Weinstein ask her to come with him to his room and relax with him and do some “fun things”. He asks her for a massage, but she says she doesn’t want to. “I’m shy, and I don’t feel good about it.” His reaction leaves nothing to the imagination. “I want to be your mentor and teach you a lot, but you have to relax, have fun and enjoy yourself with me.”

“There is a strong, big man in front of you, who is aggressively pushing to have sex with you,” the model said on Sunday evening in 60 minutes. “First with words. But you know at such a moment that he will eventually do it with his body. “So the Italian left before he could take his course.