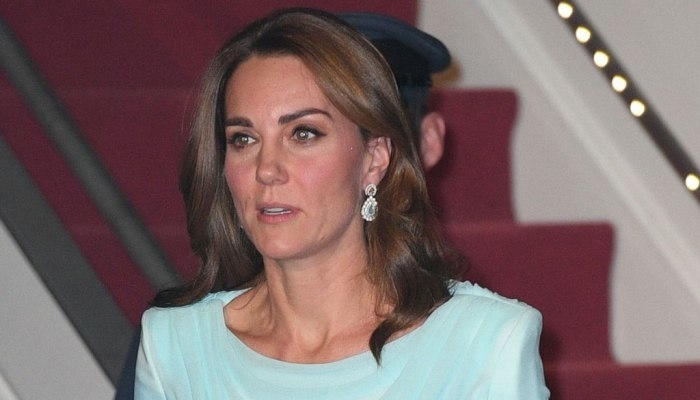 The British royals started their visit on Monday, and it immediately struck royalty experts that Kate’s dress is well known. The Duchess of Cambridge wore an aqua blue dress the first day.

This dress, made by Catherine Walker, is visibly inspired by the traditional clothing of the country; the salwar kameez. Catherine also often worked with Diana in the past, and it shows.

Princess Diana wore a similar dress during her visit to Pakistan in 1996. Even then she was wearing an aqua blue dress that strongly reminds of the salwar kameez.

Although it may be a coincidence, it seems that the choice of clothing is intentional. Kate also wore the same kind of dress on the second day as her mother-in-law wore back then. With this choice, Kate would like to reflect on her mother-in-law.

Kate’s choice of clothing is not the only thing that corresponds to Diana’s visit at the time. Prince William and his wife will also visit Prime Minister Imran Khan, who was a dear friend of Princess Diana.

It is not the first time that Kate’s clothing has been sold. The various beautiful outfits have already been discussed.