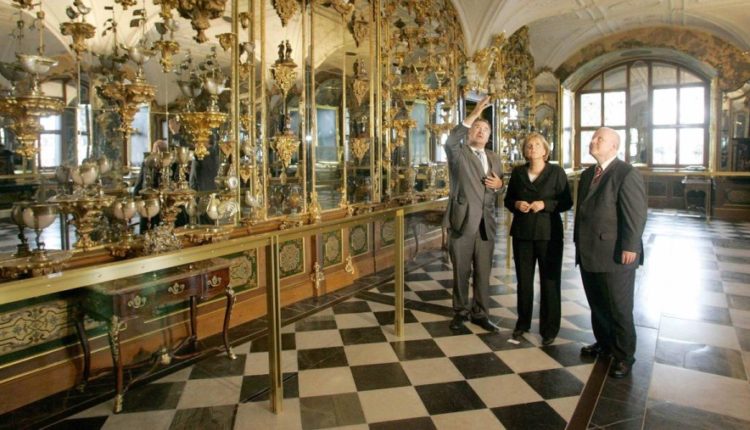 A security firm from Tel Aviv, Israel, was offered two jewels through a hidden side of the internet that was stolen at the end of November from the Grünes Gewölbe museum in the German city of Dresden, in Saxony.

It was there that the most significant art theft was committed since the Second World War.

The diamonds were offered to Israeli buyers via the dark web, a hidden piece of the internet. These are employees of the CGI security firm. The newspaper Bild and the public broadcaster MDR report this.

CGI is an Israeli security firm with headquarters in Tel Aviv. It operates worldwide, including former soldiers from the Israeli army and former employees of the Mossad, the Israeli secret service.

It concerns two pieces from the collection: a breast star and a shoulder strap. The researchers have been investigating the jewels since December, at the request of the museum itself.

The two pieces were now offered to them against payment in bitcoins, which is the digital currency on the internet.

CGI has passed on the data of the sellers to the German public prosecutor, although the federal prosecutor does not want to comment on that for the time being. The museum also does not respond.