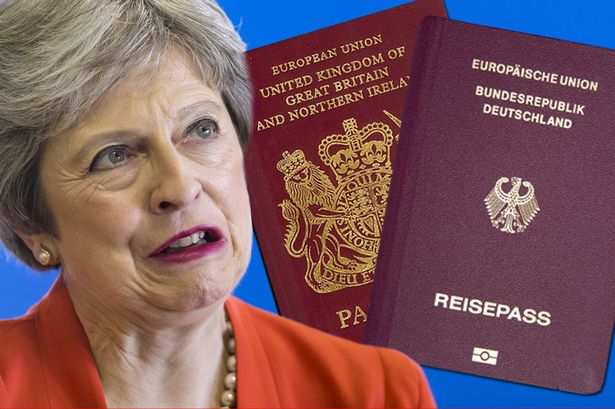 A record number of Britons received German nationality last year: 7493, against 2865 in 2016, and only 622 in 2015, reports the German statistical office. The connection with the approaching Brexit is obvious: 2016 was the year that the British voted in an election to leave the European Union.

In the past two years, a total of 10,362 Britons were German nationals, and that is more than double that in the fifteen years before: between 2000 and 2015 there were almost 5100, published by the News Tribune.

About nine percent of Britons who received a German passport do not live in Germany, but have a connection with the country, for example, who fled the Nazis in the 1930s and 1940s.

The largest group of foreigners who received German nationality were, just like in previous years, the Turks (almost 15,000). The British stand on two, followed by Poland (over 6600), Italians (over 4200) and Romanians (also over 4200).

Woman Gets Lifelong for Sadistic Attack with Sulfuric Acid

Agriculture and Dirty Rivers: Mark Rutte will do this in India