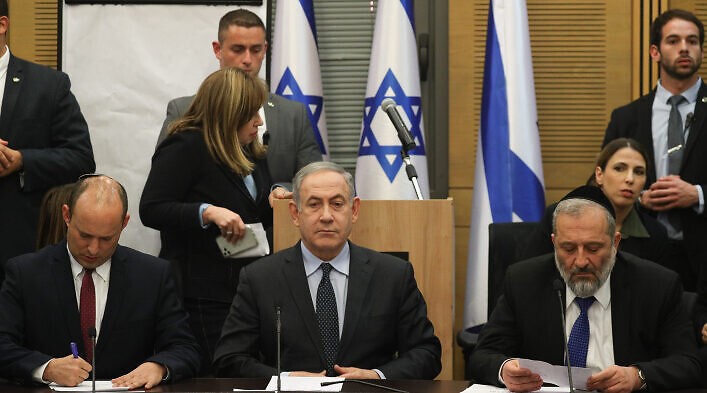 Within the Israeli government coalition, there has been considerable concern about legislation to prohibit ‘gay healing’.

The Blue-White coalition party voted in favour of a ban, to the anger of ultra-Orthodox allies of Prime Minister Benjamin Netanyahu.

The legislation would prohibit psychologists from continuing to use the controversial therapy for homosexuals. The proposal has yet to be finally approved but took a hurdle in parliament on Wednesday.

Ultra-Orthodox MPs, who see homosexuality as sinful, were visibly outraged after the vote, according to the Times of Israel. They shouted “you will not become prime minister” to Blue-White leader Benny Gantz, the defence minister.

That could be seen as a threat to drop the government before Gantz can take office as prime minister next year, according to the news site. He has agreed with his former rival Netanyahu to take turns to fill that post.

Homosexual, an attempt to change one’s sexuality, is seen as highly controversial in more places around the world. Critics argue that homosexuality is not a disease and therefore, cannot be cured. Also, “practitioners” would sometimes use extreme methods.

The political conflict on the matter comes at an unfortunate time. The coronavirus is rapidly spreading in Israel, and criticism of the government is growing among the population.

China Orders Closure of US Consulate in Chengdu