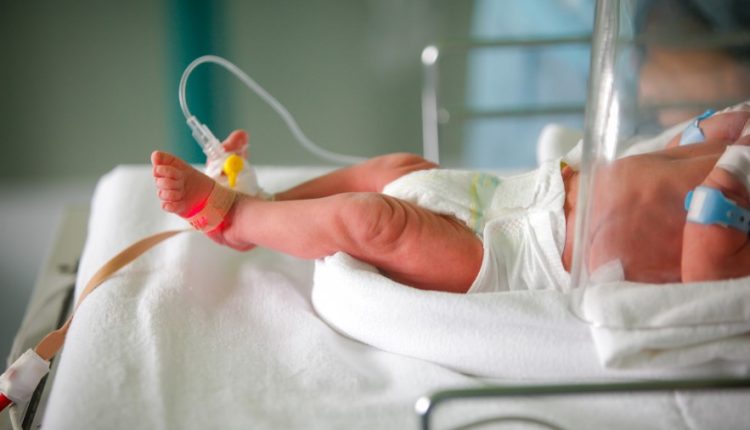 Fox News reports that an American woman gave birth to a baby weighing no less than 6.4 kilograms earlier this month. “Finnley had a lot of attention in the hospital,” said the mother, who had to process nineteen miscarriages in the past.

Flemish boys weigh on average about 3.45 kilos at birth. Finnley Patonai, a boy from Glendale, Arizona, weighed almost 3 pounds more. “My water broke when I stood on the scale with the gynaecologist,” says mother Cary Patonai. “That’s why my planned cesarean section was brought forward by a day. It was estimated that he would weigh 6.25 kilos.”

But that apparently wasn’t enough for Finnley because his final birth weight would be 150 grams more: 6.4 kilos. It also measures no less than 60 centimetres. “He was already that big, and I also had almost twice as much amniotic fluid as normal. So my baby belly was quite big, yes. Not exactly comfortable, but I would do it all again for this little miracle.”

Finnley is the third son of Cary and Tim Patonai. Devlen is ten, and Everett is two. They were both born by Caesarean section. Devlen weighed 3.7 kilos at birth, Everett already 5 kilos. “The doctor told me that Finnley is the heaviest baby he’s helped bring into the world in 27 years. He had a lot of attention in the hospital. The nurses and the doctors were always talking about him.”

The boy – say, the boy – did not fit into any of the items of clothing his parents had bought for him beforehand. “He is already wearing outfits normally intended for babies between the ages of six and nine months.”

Because he was so big and heavy, Finnley had to stay in the hospital longer than usual. Eight days in total. A difficult period for Cary, who had to deal with nineteen miscarriages in the past. “Having to go home alone was very difficult for me emotionally. But, fortunately, I realized it was for a good cause. And that he was in excellent hands.”