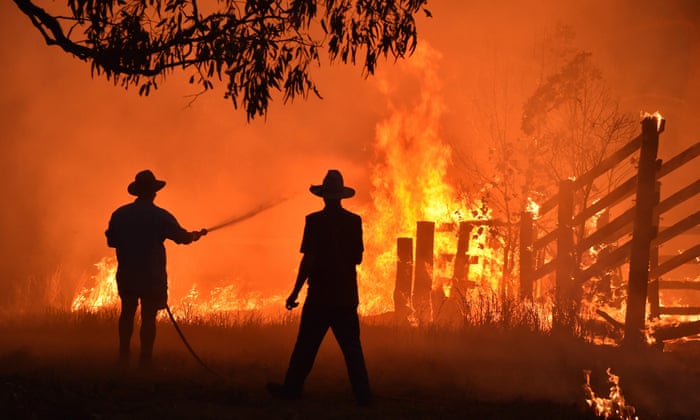 Wildfires in the US state of California have put thousands of people to flight. Nearly 7,000 firefighters have been deployed against the fires, which ravage both the north and south of the state.

The extreme heat in the western United States is exacerbating the situation, Gavin Newsom warns.

Newsom has asked other states also to send firefighters and equipment to California. He says there are 23 major fires. In total, there have been more than 360 wildfires in recent days, many of which were caused by lightning strikes.

A fire service spokesperson says most small fires could be extinguished quickly. He called on residents of the threatened regions to immediately comply with evacuation orders.

On Tuesday, Governor Newsom already declared a state of emergency in his state. This allows the authorities to make money and staff available more quickly.

Some of the people who had to get themselves to safety had to hurry to get ahead of the flames. At the place, Vacaville, around fifty buildings are said to have been destroyed. Almost 19,000 hectares of land is on fire.

One of the fires also threatens Napa Valley and Sonoma Valley, both renowned wine regions, about 50 miles north of San Francisco. The smoke from the fires has now reached that city.