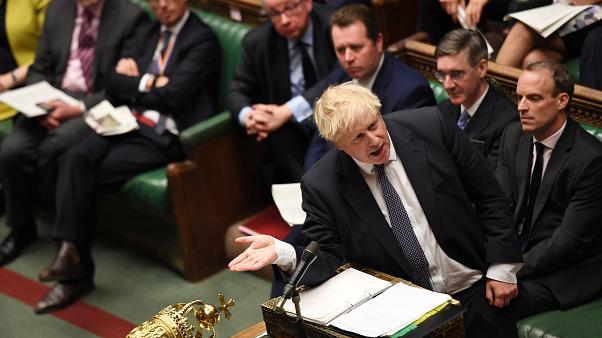 On Friday, the British government of Prime Minister Boris Johnson will present the Brexit agreement negotiated with the European Union to the new parliament.

Possibly it will be voted on the same day in the Lower House. Besides, Johnson wants to introduce legislation that makes it impossible to extend the transition period between the Brexit date and the actual separation of the United Kingdom and the EU.

The UK and the EU have to reach a new trade agreement in that short period of eleven months, an almost impossible task.

Today the British House of Commons and its new members resume work after last week’s elections. The 650 MPs – including 365 Torys from the Boris Johnson Conservative party – reconfirmed Lindsay Hoyle as chairman.

The new legislature will resume on Thursday. Then the Queen’s Speech will also take place, during which Queen Elizabeth will explain the priorities of the reshuffled Johnson government.

The Boris Johnson government wants to present to Parliament the Brexit agreement that the prime minister has negotiated with the EU on Friday.

If President Hoyle agrees, it can be voted on the same day. If he does not, the vote is moved to the beginning of January, after the Christmas holidays. After that, the House of Lords must also give its approval to the withdrawal agreement.

The previous Brexit agreement (from then Prime Minister Theresa May) never got through the House of Commons. Still, thanks to his enormous election victory last Thursday, Johnson must generally gain the adapted text quickly approved. That should pave the way for the British to leave the European Union by 31 January 2020 at the latest.

All You Need To Know About ECAD Tools Altium Designer