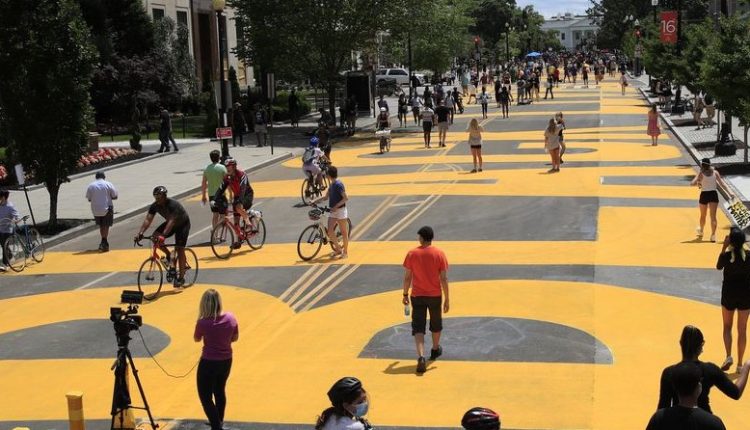 New York Mayor Bill de Blasio has ordered the words ‘Black Lives Matter’ to be painted in large, yellow letters on the street in front of Trump Tower in Manhattan.

Black Lives Matter is a group that fights against police brutality and racism in the United States. For years, the words have also been a cry for protesters, for example in the past few weeks during protests after the death of George Floyd.

The painting is a direct message to Donald Trump, owner of the building where he lived before his presidency.

“He’s a disgrace to the values we cherish in New York,” said a De Blasio spokesperson. “He can’t run away from reality, and every time he comes to his hometown, he will be reminded that black lives matter.”

Trump responded to the city’s plans on Twitter. “The police are furious,” the president wrote in a statement saying protesters of the movement are threatening agents with chants.

According to The New York Times, this is not the case, and Trump bases his accusation on 2015 images from Minneapolis.

In New York, as in many cities, people still protest daily against police brutality and racism. Trump has repeatedly criticized the protesters, and the Black Lives Matter movement.

De Blasio also received criticism from the demonstrators. His police forces would intervene too hard in demonstrations.