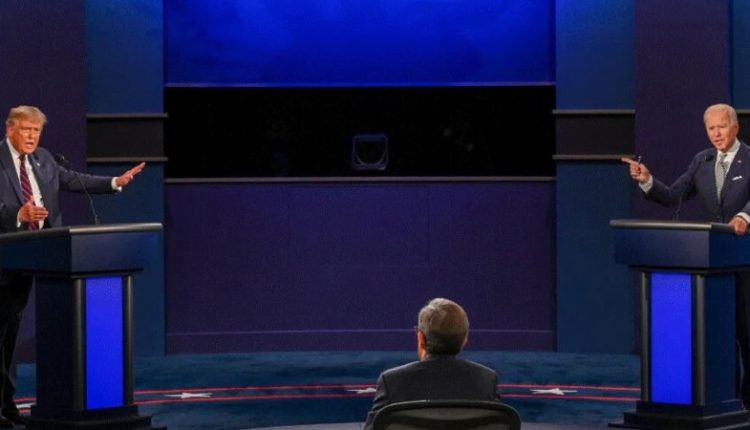 The first debate between US President Donald Trump and his Democratic challenger Joe Biden has been unprecedented chaotic.

The two, who discussed Trump’s leadership, the corona pandemic, racism, the economy and the integrity of the upcoming presidential election, among other things, exchanged insults on several occasions.

Trump ran into hard not only with Biden but also with debate leader Chris Wallace because of his many interruptions.

Wallace could not control the debate. The verbal brawl between the two candidates made it difficult for both to make a coherent argument.

Biden adhered to the pre-arranged agreements considerably better than Trump and became visibly irritated by his repeated interruptions. “Can you shut up, man?” He snapped at the president. “This is so non-presidential.”

Moments later, Biden called Trump a “clown,” a “racist,” and “Putin’s puppy,” and said to Trump, “You’re the worst president America has ever had.” Trump, in turn, made bullying comments to Biden like, “There’s nothing smart about you, Joe.”

Moderator Wallace repeatedly requested Trump not to interrupt Biden during his speaking time but to no avail. “I think the country is best served if we let each other speak with fewer interruptions,” Wallace tried. “I am addressing you with that,” he said to Trump, who replied: “Well, to him too.”

Biden (77) is ahead of Trump (74) in the polls, but the differences are small in the deciding states. It is still difficult to say whether the debate will significantly change this.