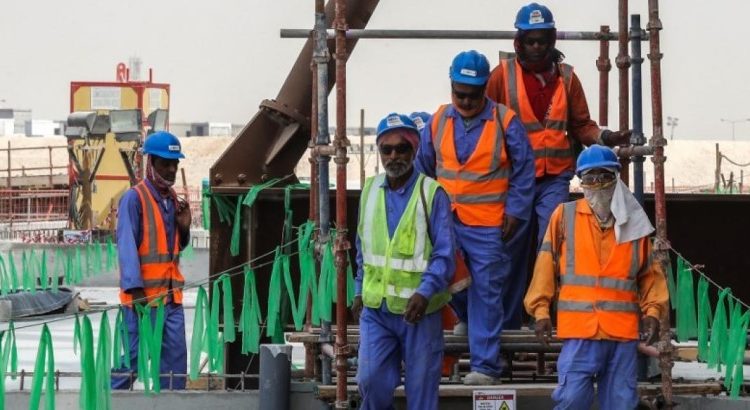 Qatar, the host of the 2022 FIFA World Cup, is still not implementing enough reforms to improve the conditions of foreign guest workers, Amnesty International said.

The human rights organization said in a report Wednesday, two years before the kick-off of the World Cup, that thousands of workers are still at the mercy of unscrupulous employers, whose abuse remains unpunished. Conditions for labour migrants in the oil state have improved in recent years.

Amnesty says it welcomes the reforms of the labour market but points out that implementation can be improved. “Then many problematic aspects would be removed,” said Regina Spöttl, Amnesty’s Gulf state expert. After a sustained deluge of international criticism, Qatar decided to implement reforms to improve the situation of migrant workers.

The wealthy emirate on the Persian Gulf dismantled the old system, whereby foreign workers were tied to a local surety, usually the employer. Migrants can now leave or change jobs in Qatar without his consent. A minimum wage was also introduced.

However, employees who want to leave will still face retaliation from their employer, according to Amnesty. Passports are often yet taken and withheld. Many guest workers receive their wages too late or not at all. Little would have changed, especially for domestic workers, says Spöttl.

“Flagrant crimes are still being committed against them.” Amnesty estimates that there are about 2 million migrant workers in Qatar. They mainly come from developing countries such as Bangladesh, Nepal and India.

With the release of the report on the conditions of guest workers in Qatar, Amnesty has appealed to numerous football associations, including the KNVB. Amnesty wants it to speak out “explicitly and publicly” about the human rights violations in Qatar.

Amnesty also thinks that the organizer of the World Cup, the FIFA World Football Association, should push Qatar for reforms, as well as the companies that are partners in the football festival in the oil state.